Setting up custom callbacks for your HelpDesk provider 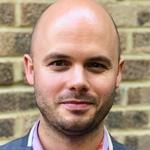 Updated 3 months ago by Benjamin Dell

If you need to setup a Callback event for your HelpDesk provider (i.e. such as when the Chat widget is closed or opened, then this can be achieved by adding a "callbacks" item to your helpShelfSettings object.

When initialising the HelpShelf script, simply add a "callback" item to the helpShelfSettings object, as shown below.

Please note that the name of the Callback (onChatClosed in the example above) must match the name of a valid callback as defined by the Helpdesk provider.

How did we do?

(opens in a new tab)

Powered by HelpDocs (opens in a new tab)